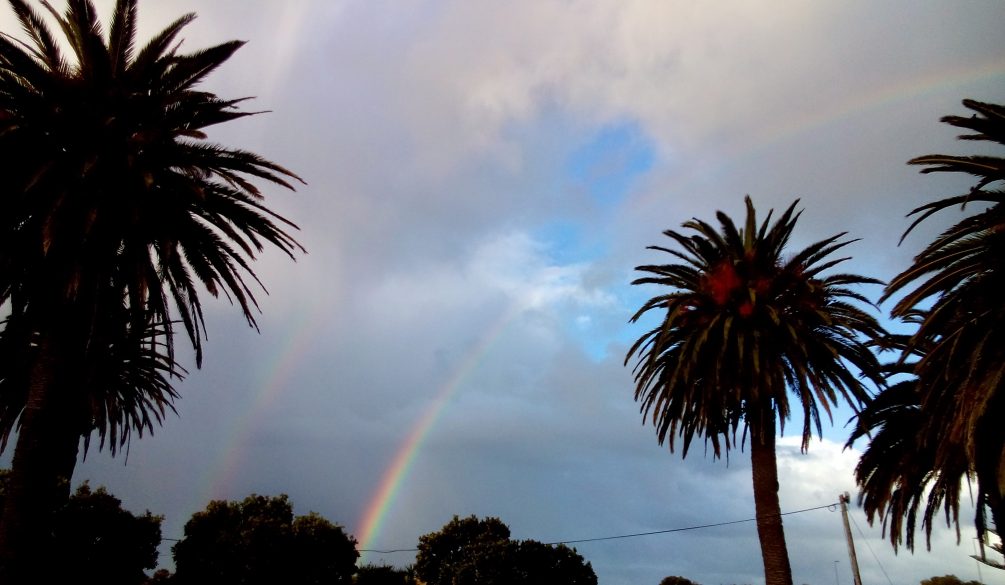 Worship Song: “Be Still” by Cat Lennox and Grace Bridgeman

We finished writing Be Still on the 1st October 2020 in time for the Sunday service on 4th October that was centered round a similar theme. A song for this season. But the truth is, the journey of writing this song actually started last year in 2019.
There was a lot going on last year – all the Gender Based Violence issues that were plastered all over the news, my own personal struggle within that space and a very difficult pregnancy – and I just sat down at the piano feeling the turmoil storming around in my head and wanting to bring it to God in worship. What did he want us to do in response?

There was a lot going on last year…

…feeling the turmoil storming around in my head and wanting to bring it to God in worship. What did he want us to do in response?

When I started to play the music felt tumultuous, like stormy waves crashing and raging and I couldn’t put words to all the emotions. I believe one way we worship God is bringing everything inside us to God, the good, the bad, the weak and the painful; not holding back but allowing ourselves to be honest and vulnerable. The music started to build up and then, suddenly, as if the clouds separated and a clear beam of sunlight broke through, I suddenly had the chorus spring to mind. The music changes to major. It quietens. It becomes more still and the words of Psalm 40 verse 10 were as clear as day: “Be still and know I am God.”

That and a small portion of the bridge was all that was written at that time. I tussled and sat with it, but I just couldn’t find the right words. Everything I wrote felt contrived and not a true reflection of what was meant or needed to be said. It was too convoluted. Too focused on the intense emotions and somehow missing sight of God.
While sitting with the song, the process of trying to write, became like a meditation for me personally on what it really meant to Be Still. I was still grappling with all that was swirling around in my head and God was encouraging me to enter into his promise of peace and rest within the chaos, within the center of the storm. I eventually resigned myself to not finishing the song and just enjoying what God was doing through it in me and would often just play the music of the verses and pre-chorus and allow myself to feel all the pulling and swirling and then sit with the chorus knowing
that God was there and asking me to choose him in spite of all the turmoil within me.

Somehow I knew that the song wasn’t ready to be written yet. That it needed to sit and I needed to wait. Trust in God’s perfect timing. What I didn’t know was that God wanted me to first go through the process of learning and growing in this area of being still in myself before I would be able to write it in a way that would honour him. And so the song went on hold while I went on a journey of navigating this crazy world and learning to Be Still.

One of the big things I learnt to put in practice was that being still was a choice that we make inside ourselves, not carving out some quiet time in a peaceful spot. To Be Still meant choosing to look to Jesus and stilling the frustrations and worries and anxiety in my heart even when there is a very upset toddler shouting at you or you are so exhausted and overwhelmed and that important work deadline is looming. Being still is something we actively need to pursue, to look to Jesus and trust in him when it feels the walls around you are crumbling. I think too often we stop at the Be Still part of the verse but it says: “Be still and know that I am God.” I think that is key. In order to still our inner selves and know that peace that passes all understanding we have to get a bigger and better view of who God is. A deep, inner knowledge of God. Looking up rather than around. Not always easy and something that I continually have to work at, but after making that choice I have seen how God has slowly been changing my perspective about the many things that had been weighing me down.

So the journey continued until more than a year later, after I had just returned to work after being on maternity leave, and suddenly things seemed to click into place.
Brendan, our team leader, was talking about how he really felt that after the next sermon series we as a church needed to explore what it meant to Be Still and find rest in Jesus. All the staff were sharing how exhausted and overwhelmed they were feeling. How people within our church were feeling the same. Covid-19 and lockdown had thrown people’s lives into chaos: economic uncertainty, health fears and woes, stressful and completely different working environments… And in particular, as the initial quiet and shut down of the hard lock down started to fade, people were again filling their lives with “stuff.” We as a team really felt it was important to relook at everything that had come before lockdown and be careful not just go back to normal but really be intentional at choosing what we filled our schedules with. What was God asking us to do? What was God wanting us to let go of, reinvent, pioneer or restart? How could we use this opportunity to prune the unnecessary and unhelpful and make space for new growth or even new rhythms of rest?

it is in fact counter-cultural to Be Still

Brendan and I had a conversation about how it is in fact counter-cultural to Be Still. To place our identity not in how busy we are, what we do, our job or financial status etc. but placing our identity in Jesus. Trusting in Jesus, no matter how bad things get. I knew that this was the time for the song. It felt right and as I sat at home thinking about all the
things I had heard people share about how they were feeling and struggling and wanting to seek after God the words for most of the song just came. As has been my experience over the last few years, I cannot write a worship song that is intended for the use of my community in a vacuum on my own. It doesn’t always mean that I need to have other people write the words or music but it does mean that the words and music are written out of listening to other people’s stories and what God is doing and how he is convicting us within our lives. They aren’t my songs. They are his songs, meant for us. To strengthen and encourage. So before I could really finish the song I felt I needed to
sit with someone and really just let the song settle. Through circumstance, prayer and what I believe was the beginning of God-ordained friendship I went to sit with Grace Bridgeman. We jammed a bit and just worshiped together and then gave finishing off the song a go.

I still felt a little convoluted. I still had too much rattling round in my head and I needed to see more clearly what the core message of the song was. What was the main message I felt God was trying to say through it. Luckily, Grace is definitely one of those people that Proverbs speaks of “As iron sharpens iron, so one person sharpens another” (Proverbs 27:7) and so by the end of that session the song had taken more shape and I had a clearer view of how the song should be. She really helped me to sift through the many parts of the song and find what the core of what God was wanting to say through it really was. And it helps that she plays the piano and sings like an angel too.

I finished it off that evening and after waiting more than a year thinking the song would never be finished, suddenly within two days it was complete and ready for Sunday. And I felt, as always, that God really does know best and his timing is perfect. Not just for me. Not just for the theme of the service but God was going to use the song: Grace sent me this reflection: “Writing the song was the biggest blessing to me, in remembering in why I can be still and know that he is God because he is faithful and he enters into our lives. He isn’t distant. He is present. He is involved. He is interested. He is alive and he is faithful to us so we can be still. We don’t have to be anxious. He is good to us. He doesn’t shy away from the mess.” She went on to share that for about two weeks after helping to write the song she woke up every single morning at 2am with the lyrics just going through her mind. She was dealing with anxiety about
some situations in her own life and the reminder that she could be still even in that head space was
such a blessing.
I believe this is a song for this season of trial. I believe it is an invitation to be real with God. To really bring all the burdens and worries we carry and to take hold of his invitation in Matthew 11 to come to him and find rest. To learn from him and be unburdened. It is a reminder that God is FAITHFUL and that we are never alone. That we can be strong and courageous because he is with us and he is stronger than what we face. He is our refuge and our safe place and we CAN trust in him. And that we can be still and know him even when the storm is raging all around.